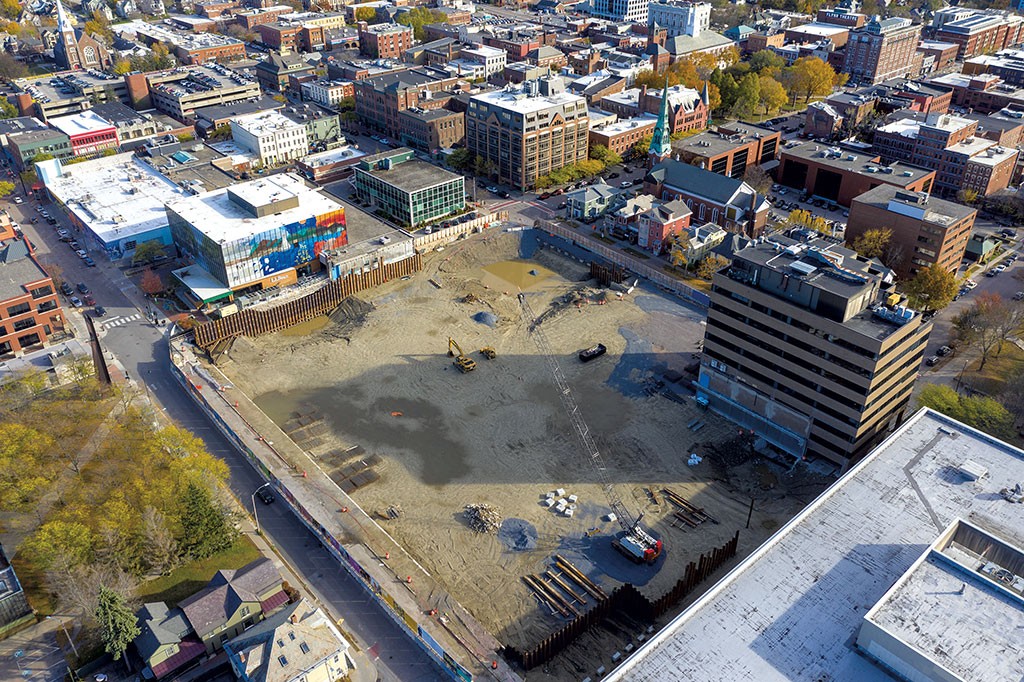 Last Tuesday night, the Burlington City Council dropped their previous lawsuit and unanimously approved the new development agreement for City Place.  Six years after the plans were first introduced, the project is now scheduled to commence no later than September 2022.

The vote was previously delayed as it did not guarantee union workers labor for the project.  Earlier this week, Mayor Weinberger negotiated a deal with the developers that promised workers prevailing wage rates that pushed the vote through.  Now that the legal battle is over, the project is set to restart and turn “the pit” into an innovative city center.