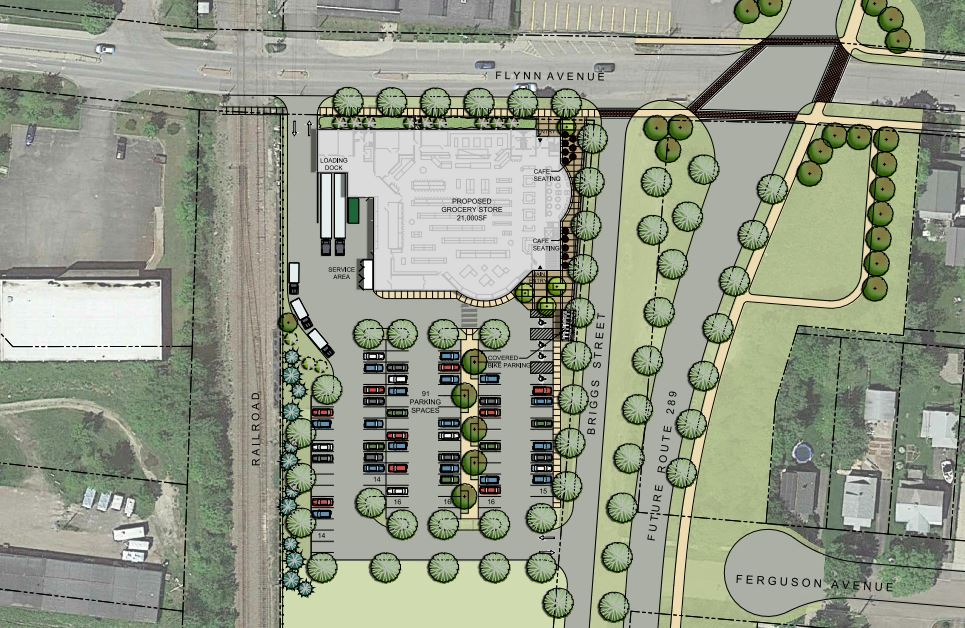 City Market has officially announced plans to open a second storefront on the southeast corner of Briggs Street and Flynn Avenue in Burlington’s South End.  The project, scheduled for completion in spring 2017, will include a 21,000 retail space on the first floor with additional office, community meeting, and teaching space on the second floor.  Plans also outline approximately 100 customer parking spaces alongside covered bicycle parking and pedestrian friendly access.

Burlington Mayor Miro Weinberger shared his support of the expansion plans.  “City Market’s growth will only mean a larger sphere of community support.  The City looks forward to a continued partnership with the Co-op as they work to build a second store in the South End.”  More detail on the greater PlanBtv South End project, of which this expansion is a part, can be found in our June 22, 2015 blog post here.

Upon completion of the due diligence work, the Co-op will offer the public with many opportunities to provide input on the project plans.  Residents will be clearly notified of the variety of mediums for interaction as they take place throughout the coming year.

For updates on this story and more, and for the latest real estate listings, stay tuned to LipVT.com.