Share
The City of Burlington has taken a major step toward reducing its carbon footprint and achieving energy independence: 100% of the city's energy will now come from renewable resources. Wilson Ring of the Boston Globe reports that the tipping point occurred earlier this month as Vermont's largest city quietly finalized their purchase of the Winooski 1 hydroelectric project. Burlington has also finalized an arrangement to join the Washington Electric Cooperative which counts approximately 11,000 members throughout northern and central Vermont. The Co-op collects power from numerous sources including wind, solar, biomass, and geothermal projects. 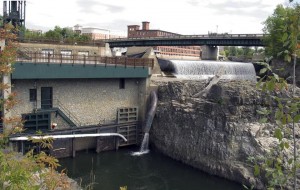 The story was reported on numerous national news outlets and blogs and has generated excitement among clean-energy advocates. Its these front-runners that are showing that its possible," Diane Moss of the Renewables 100 Policy Institute said in Ring's September 15th article. Moss went on to say she wasn't able to think of any community as large as Burlington that has reached the 100% milestone. The good news does come with a caveat: The city and Co-op acknowledge that conditions for renewables are not always optimal so at times they will purchase energy from "traditional sources" during times when the greener options are not available. Read the full article from The Boston Globe Washington Electric Cooperative As always, please reach out to the LipVT team with any of your Real Estate needs.