Bob and Holly Miller made the biggest donation in Fletcher Allen history earlier this year!

For years, the Miller's owned a 15-acre commercial property in Williston, that they leased to Fletcher Allen. Until one morning, when both Bob and Holly Miller, felt it was time to donate their investment to the hospital. A decision that would go down in Fletcher Allen history as the most charitable act ever! 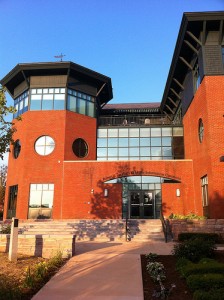 Thanks to the Miller's generous $13 million dollar gift, the hospital can now relocate more of it's non-clinical services  and administrative staff to its property in Williston. Click here to view a map of the location of the property.

However, the Miller's philanthropic work does not stop there!

In 2010, they founded the Holly and Robert Miller "Caring for Nurses Initiative" at the UVM College of Nursing and Health Sciences. In 2011, they established the Fletcher Allen's Rural Palliative Care Network and last year created a fellowship for nurses at the Vermont Palliative Care Collaborative.

Not only have they demonstrated a devotion to the sciences but over the past decade they have donated close to $4 million dollars to the Champlain College, including a sizable donation to the newly renovated library on campus. Other generous Bob & Holly Miller contributions have gone to the Flynn Theatre, Discovery Musuem, Trinity College, and the Children's Miracle Network, to name only a few.

From our team at Lipkin Investment Properties, we thank Bob & Holly Miller for their continued generosity and support to Vermont businesses, colleges, and to the numerous charitable organizations across the state!

Watch the Youtube Video of Bob & Holly's comments of their $13 million gift or click the Burlington Free Press article to learn more about their recent donation: Fletcher Allen Receives $13 Million Property as Gift.