Currently, the Center plans on doubling its size in order to accomodate more programs and services for children, ranging in ages from preschoolers to teenagers. Vicky Smith, executive director of the Youth Center, 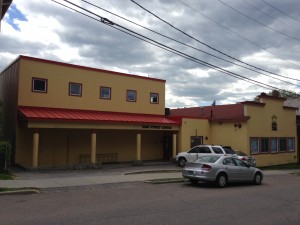 told the Burlington Free Press that "our building is bursting at the seams," and the "current facility undermines the program's vision for the new center."

The King Street Center, speared by Raise the Bar Capital Campaign, has raised close to four million dollars in their efforts towards a final projected cost of $4.5 million. The new building is said to be completed by 2015 with all fundraising efforts aimed at being concluded by winter of this year.

To find out more about the Raise the Bar Campital Campaign or to learn more of its plans for a new and improved youth center click here: King Street Center. Additional information can be acquired by visiting the Burlington Free Press article, King Street Center Plans to Expand.